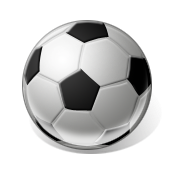 
Michael Langlois, founder of Prospect Communications Inc., is the author of the following books: 1) A Guide to Better Communication for Minor Hockey Coaches, 2) How Well Do You Communicate? A Guide to Better Communication with Players and Parents for Minor (Youth) Soccer Coaches, 3) An NHL Prospect's Guide, 4) The Professional Hockey Coaches' Handbook, 5) The Job Interview Guide for Professional Hockey Coaches. The Prospect Communications web site is located at http://www.prospectcommunications.com//. This article is copyrighted to the author and may not be reproduced without obtaining written permission. To inquire about licensing the right to reproduce any of the enclosed content email: inquiries@prospectcommunications.com
Michael Langlois at 7:46 AM
Share